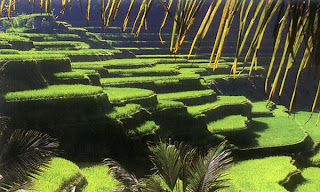 Bali is a small island in a country of 17,500 islands – a nation of 3000 languages spoken by more than 300 million people. Bali has a volcano with a lake inside its crater, it has hundreds of rushing rivers and streams and no sewage system. When I first saw it there was a puff of smoke every five or ten minutes alas it blows no more and Sumatran volcanoes seem to have stolen its thunder. The People of Bali are the friendliest people I have encountered closely followed by the Turks and the Australians. Friendly they may be but in 1966 the Balinese killed 10,000 people in one night – some say 60,000. The go was to knock of all the communists but anyone who held a grudge took the chance to end it with a kiss from a Kris that dagger with the deadly curved blade, which quickly opened the insides to the air. The Chinese suffered badly in those days and are still discriminated against today. Their children go to University up the hill from me because Chinese are restricted in the number of places they can have in an Indonesian University. I first travelled to Bali in 1971 when London’s Lonely Planet was given out or sold as a one or two-page photocopy (or was it printed on a Gestetner?). I did not have a backpack just a small bag but I was what one would describe today as a Backpacker. It cost about one US dollar a day for everything except alcohol. It had, and still has, lush jungle and beautiful terrace rice paddies. There were three rice harvests a year and a continuous supply of fruits, pigs and chickens. Dogs barked at strangers and the monkeys in the monkey forest in Ubud were almost friendly and didn’t appear to have rabies. The good news is that most of this is still true. We flew to Bali recently to have a working holiday. My wife is a film producer and has a project in development that is set in Bali or more specifically in Seminyak or as the magazine that promotes it is called – The Yak. When I first went to Bali, Seminyak was probably a coconut plantation where beautiful cattle grazed in between the trees. There would have been a small village and a few fishing boats on the white sands of the long beach. The first signs of cheap tourism on that beach was Kuta where one could rent a room for about 30 cents a day and no visible restaurants although one family supplied food out of their back door. The chips were hand cut and the tomato sauce home made. You could get a Blue meanie, pancake, thick shake or any other food that took your fancy. A Blue meanie lunch would give you a psychedelic few hours during which the cattle made meaningful contact with you from eyes with impossibly beautiful long eyelashes and the warm water lapped seductively at your wheels. I was riding a motor bike along the edge of the surf until the soft sand and water stopped me and I rolled into the water laughing. The waves, each one of them perfect for body surfing played music as they rolled in to the whitest of white foam. When you stood ankle deep in the surf and watched it slide back away from the land you were given a psychedelic show as colourful patterns formed in the retreating water. Ikat is one of the oldest methods of cloth design where the patterns are woven into the cloth rather than being printed on top of the cloth. I remember being convinced that the designs and colours at the ends of the sarongs must have been created by a sarong weaver who long ago had stood ankle deep in the surf after a blue meanie lunch. I have been to Bali quite a few times since that first trip and am used to seeing the amazing changes that have taken place since my previous trip. Now thousands of people have jobs in the tourist industry. At five o’clock small motor bikes fill the narrow roads as all the housemaids and beauticians leave work for the ride to their village. In Ubud there is a beautiful hotel where you can rent a suite of rooms room thirty metres long and sit and watch the play of light on the other side of the ravine , The ‘Ibah’ is owned by the king of Ubud . The staff are underworked so they laugh and joke all day long. In Ubud we met up with two old friends - Arthur who used to run the coolest club in Sydney but now has a boutique for middle-aged women from Australia and Stafford the doco-maker who made a fortune out of video post production in the early days of digital. You can find Arthur in the Nomad coffer bar, he has a natural eye shadow that makes him look like a cooler version of Malcolm McDowell in Clockwork Orange. Stafford is married to an Australian woman who has a very posh hotel with an edgeless pool and luxury rooms the size of a village. Most guests fly in by helicopter as the 25-minute drive is a bit slow for them. Stafford took us off the main road to a Japanese restaurant that only served locals and Japanese tourists. The real Bali of constant daily sacrifices and dances is still there. The beauticians and receptionists are there dressed in the traditional manner with the intricate rice and flower sacrifices which they carry on their heads to the small temples which abound on this island. Five nights in the Ibah was not enough but we had to go to the Bali film festival which opened with Eat Pray Love one of Julia Robert’s worst films. The last part was filmed around Ubud and there are so many tourists going to see where it was shot that T- shirts are printed with Eat Pray Leave on them.

Back in Sydney where an early summer has turned into a late winter as it does every year at this time. Adieu. 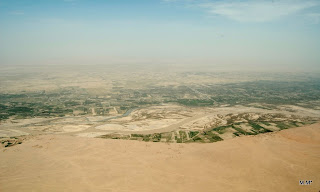 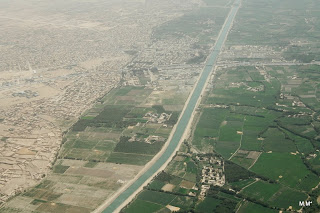 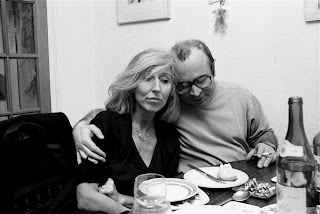 Bob and ed (some time ago) taken by Roger Morton

Hello again, The 11th hour on the 11th day of the 11th month marks the anniversary of the signing of the Armistice, which signalled the end of World War 1. And once again in the week of Remembrance Day, we're broadcasting readings and drama which reflect the impact of war on peoples' lives. Beginning next Monday there are four programmes with a war connection, A Foreign Field, Quartered Safe Out Here, According to Buckeridge and Agent Zig-Zag.

Meantime, let’s look ahead to Remembrance Sunday, November 14th, when we'll have a special treat for drama fans. It's a radio version of a children's book - which was adapted for the stage three years ago in a thrilling, spectacular production and is currently being directed by Steven Spielberg for film release in December 2011. The original book was published in 1982, written by a prolific author, with over 100 books to his credit - who also became the third Children's Poet Laureate. The author is Michael Morpurgo, and the book is of course War Horse. War Horse is set at the outbreak of the First World War. Farm horse Joey - much loved by farmer's son Albert is sold to the cavalry and shipped off to France, where he's soon caught up in the horrors of the Western Front. Despite not yet being old enough to enlist in the British Army, Albert joins up and embarks on a dangerous journey to search for his beloved horse. The narrative of this heart-wrenching tale is told throughout by Joey. Two years ago, a radio dramatisation of War Horse was broadcast on BBC Radio 2, starring Timothy Spall as the voice of Joey, Bob Hoskins as Sergeant Thunder and Brenda Blethyn as Mother. It's an amazing production, adapted and directed for radio by John Tams and produced by John Leonard, with the brilliant performances enhanced by wonderful music and songs. Listening to the dramatisation certainly brought a lump to my throat, more than once. One of our producers, Polly, interviewed John Tams and John Leonard about the challenges they faced in producing War Horse for radio. You can hear the interview interspersed between programmes throughout next week, starting this Sunday.

My first trip abroad was at the age of 19, when I travelled to Northern France, with my boyfriend of the time. Weighed down with hefty rucksacks and cumbersome camping gear, we were on a mission. Our goal was to find the grave of the boyfriend's uncle, who was one of the thousands of young men who had perished in the First World War. Of course this was well before the luxury of searching the internet, so we had only the scrappiest information, based on vague family memories. All we knew was that the uncle's regiment was the Royal Scots, and that he'd died aged 21, possibly at the Somme. With only a dog-eared map of France to guide us and just a smattering of the language - a complex task in a huge, unfamiliar country lay ahead of us. Eventually, after much trudging around and with help and advice from the War Graves Commission near Arras, our mission was accomplished. At Lapugnoy Military Cemetery, amongst row upon row of immaculately tended graves, we found the final resting place of James, that young Scottish soldier, marked by a simple headstone stating his rank, his regiment, his service number, his age and the date of death - April 1918. It was an immensely moving experience, which instilled in me a lifelong interest in the history, poetry and art of both World Wars. It is 92 years since James died, and also 92 years since the First World War ended, with the armistice coming into effect on the 11th hour on the 11th day of the 11th month, 1918. 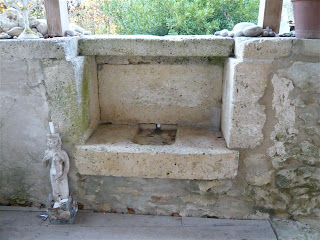 Resting from ripping out

brambles and ivy, I gaze

at the old stone basin

built into the Perigord balcon.

Heavy and thick, this is where

someone else once washed

their face, poured water over dishes,

then trotted downstairs to the well for more.

How tall were they? The basin is set so low down.

the number of times

when they go inside the door.

The other day, the Independent printed a poignant photo of Rabbi Arik Ascherman inspecting the remains of a burnt-out Palestinian olive grove. He is director of ‘Rabbis for Human Rights’ which he co-founded 15 years ago. “ The rabbinic voice of conscience in Israel” Each October he gets a group of Israel volunteers to help protect olive-picking Palestinian families from the settlers, near the Jewish settlement of Kedumim. As the Palestinians pick their olives, their ladders get stolen, their trees get set alight.

Arik Ascherman was born in Pennsylvania and since his early twenties has been involved with Judaism’s ancient concept of Tikkun Olan ‘repairing the world’. I love it. It is just what our world needs, They have 2 children.

He has been arrested for running in front of a bulldozer which was demolishing homes in East Jerusalem in 2003. He is married to a third generation Israeli. She is also a Rabbi.

The Palestinian olive trade dates back thousands of years. Olives get stolen. Sometimes as many as 2 thousand olive trees will be burnt down. There are still 5 million olive trees on Palestinian soil.

It is commonplace to see Palestinian farmers and their children gathering olives from trees that have already been cut to the ground by Jewish settlers.