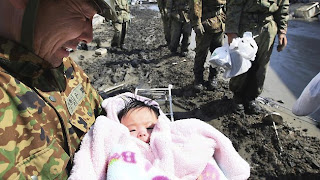 Baby in the rubble
A Japanese father’s joy
when his daughter
is discovered alive.
A rescue worker’s pride
when he uncovers
a baby in the rubble
huddled and cold but safe.
What determination, self-will, destiny,
stubborn cussedness.
What baby survives three days without
nappy change, food, liquids, love or touch?
A Dalai Lama, a Moses,
a focused, single-minded
selfish gene.
Still the snow fell, still the death knell
tolled
but this baby lived
and this tale will be told and re-told as the centuries unfold
and the people who practise Shintoism wonder and ponder
why all this happened to them.
Joselyn Duffy Morton ©
No comments:

Hello again,
It was with more than a little nostalgia that yesterday evening I began to draft today's newsletter, knowing it would be the last one I’ll be sending from Radio 7, as next Friday will be our final day on-air before we relaunch as BBC Radio 4 Extra on Saturday 2nd April.
What a long and fascinating journey it’s been so far. It all began in March 2002, when I was invited to create a new archive digital speech radio station, known then as ‘Network Z’ With the assistance of just two newly recruited producers plus an archive researcher - and facing a blank sheet of paper - I have to admit it was a somewhat daunting task. Back then there were a few naysayers shaking their heads as they posed the question  “do you really believe you'll get an audience - who wants to listen to old radio programmes anyway?"
Eight years on - with a name change from BBC 7 along the way - Radio 7 now has an audience of around a million enjoying our  ‘old (and new!) radio programmes’. And with the imminent re-branding of our station, we hope to build an even bigger audience by continuing to bring you a great range of radio entertainment from the archive - and more.
Our first evening of BBC 7 programmes was broadcast on the eve of our official launch on 14th December 2002. With Paul Merton as the host, it was simulcast on our sister station, Radio 4 and it felt exhilarating.
And now, by linking up more with Radio 4, as 4 Extra we have, in a way, almost come full circle.
It’s certainly been uplifting to hear recent trails on Radio 4 show-casing our re-branded network. The trail I heard this morning in the Today programme did make me smile, when it ended with the waspish voice of Kenneth Williams riposting " Life is short - so let's get on with it!"

And we certainly are getting on with it. Our 17-strong team of producers, broadcast assistant/researchers, archivist and schedule planner have been working all hours in the past few weeks to clear more new programmes resulting in what I think is an excellent schedule for Radio 4 Extra.
Mary Kalemkerian, Head of Programmes, BBC Radio 7 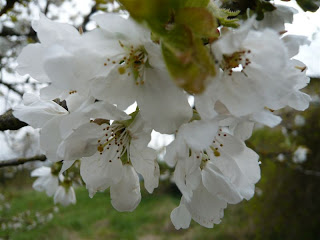 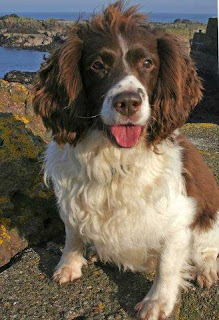 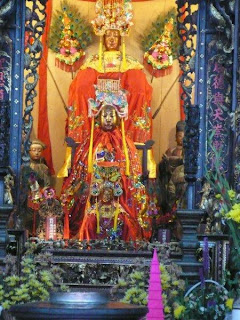 
How hard it is to not be a tourist these days. When we used to travel in days of youth and yore, child and fancy free, short on cash but high on energy it seemed simple, if not inevitable, to get behind the scenes. We slept in Signora Bisba's front room in a square in then unknown Pallafrugel,  borrowed a very real and grubby garret in the shadow of the Sacre Coeur wandered up the Ramblas when Barcelona was a pre-Olympic slum, slept under the stars and flavoured our coffee with a burning twig in true South African bush style. Tented camps and linen sheets with hot and cold running G and T's had yet to be invented. The first time I crossed Europe I picked up  the Orient Express at the railway station in Venice, leaving a ship bound for Trieste. Not the revamped, repackaged as it never was, James Sterling owned, pretend to be something else, Louis Vuiton and rolling stock Piano Bar that costs more money than God has. This was the real McCoy. Transport for the people. We were rudely shaken from our slumber by exotically uniformed douanniers as we crossed international borders. Fellow passengers joined and left at stations with strange sounding names. Their luggage came not from Bond Street or the Rue de Rivoli but consisted of baskets and rope bound cheap cardboard suitcases, sometimes with a live chicken or several.  We de-trained in Paris and wandered briefly around the quartier that surrounds the Garde de Nord. The City of Light it was not. Although maybe 15 years after the Occupation signs of depression and poverty were still alive and on the surface. We picked up the Golden Arrow for London and future life with aspirations of fame and riches and ... perhaps that is when it all began to change ....
So here, a thousand years later and (on this trip, 13 hotels on) we are thriving on luxury, the weather perfect,  the beach white, the beer freezing, even the South African Red passable, the staff groomed, the laundry left when we go out is returned before we do. Flat screen TV, Wi-Fi, DVD, Aircon, Kindle, Grey Goose in the Mini-Bar, a bucket of ice delivered to our verandah every sundown. So what is there not to like?
It all happened in a flash. The penny dropped at breakfast. (Fresh tropical fruit, eggs any way you want, juices, yoghurts, croissants, Thai this, Viet that) when I was talking to the very charming lady Ossie who runs this place with rare precision. The simple truth is that policy of tourist-driven economies,  in league with hoteliers and travel agents,  are geared to separate the tourist from the local. So  much so that if a non-Viet checks into a hotel with a Vietnamese they are REQUIRED BY LAW to stay in separate rooms. And If our pretty host here in Mui Ne wants to shack up with a buddy for a weekend in Saigon she has to register her movement with the police. Ah ha.
This has been a really marvellous trip. But I am so  glad we broke away from the herd and insisted, contra agents advice, to go to the rough and un-ready off-shore island of Phu Quoc. Here we hired scruffy little motor-bikes and dirt road scrambled to the most far flung and remote beach. This we shared with fishermen, a basic shack cook-house and a middle aged  Air Canada baggage handler who was free-wheeling around the globe on his staff pass. Feet in sand and plastic table legs lapped by the sea, we ate fish cooked in a pot with chilli and beer  frozen in ice made for the hold of a fishing smack. Almost as good as the roasted clams with garlic and lemon grass that were recommended by noisy non-English speaking smiling  Vietnamese youths in a shed, waterside, in Danang. How come our two best meals cost the least money? There is a moral somewhere.
If only were brave enough and poor enough to travel now as we did then. I guess those backpackers are having a ball. Just found out Facebook is blocked in Vietnam. And belief in NO pre-marriage sex and  NO public display of physical contact is high among youth. Any connection between the two ..?
RF Mui Ne Vietnam,
Sent from my iPad
No comments:

Tender
There was something
tender in the air
you could feel it
when she opened the door
it lingered between them
warm and loving.
Joselyn Duffy Morton ©
No comments:

Ship built for the opium trade