I have never been one who likes to disappoint, confront, upset or challenge other people ... be it the person who 'accidentally' pushes in the queue, or the wanker screaming profanities from the sideline.
THEN....I had children, or matured/ had children and I seemed to develop a generous sense of belonging and confidence in my convictions for some reason. Perhaps it is the incessant questioning from (them).
"Why?" "Why do I have to do that?", "Why can't I have that?" and I answer "Because I bloody said so!!!".. .and that seems to settle it, conversation over, and I feel totally self-assured! (Wait till they get a bit older and then I will be floored once again!)
Perhaps this was the catalyst for change, perhaps not, but it surely helped me to, as my eldest son has coined the phrase ... 'Release the Kracken'.
Now there are differing theories on what this actually means .... for some to let the monster out, for others, my son included .... to release the big smelly evil monster that inhabits your lower intestine and inevitably emerges whilst sitting on one's head. For me, slightly different again - not smelly, possibly monstrous, and definitely powerful!
I decided to look at the social problems in my surrounding neighborhood with less disenchantment and seek more rationale and understanding. There is huge stress on a daily basis, there is little or no formal education, there is a long history of religious belief intertwined in an ancient culture with a chaotic foreign impression being made on the doorstep!
Still, people are people and I believe we are born with an innate sense of what is appropriate and what is not! If it don't feel right, why are you doing it?
My wonderful Nepalese friend who brings me giant loca (marrow type vegetable) from her garden is being beaten regularly or threatened with divorce (which means certain poverty and segregation from the community) as she 'whines and moans' about having no food or soap to wash her already dilapidated clothing.
I tried to remain neutral in my advice and suggested she found a job outside of the home to enable more independence and give some show of support to her assumingly stressed husband...
Turns out he is from Germany, living the life of riley on his monthly stipend from the German government, eating his 3 meals a day at local restaurants and spending the rest on his daily 'ganja' intake. He returns home when it suits him for a change of clothes and some Nepali subserviency.
2 days later he has choked her and slapped her black and blue. She comes for 'better' advice!
I haven't known this woman for long but somehow her hapless figure seemed to represent all that was innocent, all that was lost and in fear. I have never felt so powerful ... I reached for my Kenyan Maasai stick and with her and my 3 kids trailing behind decided to confront this 'man?'
I can't fully recall what words shot from my mouth, perhaps more of a squealing roar, but it came quick and fast and besides most of it being absolute bullshit about my connections with police, immigration, social services, western union....the 'Kracken was released!
He dwarfed me with his tall, lean but aging frame and I lifted my hands and hit him very hard in his chest and sent him backwards. He was more stunned than anything but as I raised the stick high above my head he took a seat and lit a spliff and decided he might listen for a bit!
What has concluded from that event remains to be seen as I have been away soaking up some Thai sunshine, but word spreads quickly in a small community and recent emails suggest a group of women wanting to start a group .... combat aerobics anyone?
As for the kids, slightly inappropriate behaviour on my part, but they hugged me warmly and apologised for their morning disobedience and asked if they could help with anything around the house ... nice one!
And as I explained to E. later that day ... the greatest power comes only from truth and that is what gives us strength to tackle anything that attempts to undermine who we are and what we stand for on this earth.
Mel
1 comment:

Juicy Pink Flesh
I’m besotted by figs’
juicy pink flesh. I can’t
eat enough of them.
I’m puzzled by people
who gather blackberries -
a dark imitation
of fruit perfection.
I understand why Eve
sign-posted the way she
did – there must have been
other leaves to choose from
in the Garden of Eden.
Maybe she wanted Adam
to get the connection
maybe he wasn’t the
brightest spark on the planet
but a jock strapped for a rib.
Our fig tree might pull our
ruin down and bring the house
with it. I wish our bank
balance grew as fast but
quite the reverse is happening
Joselyn Duffy Morton ©
No comments: 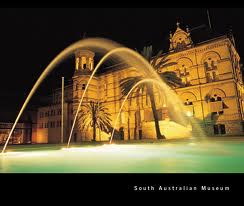 There must be something in the selection process for the Conservative party in England that picks these guys with the thrill seeker sex genes. Probably quite healthy as it provides a form of natural deselection.
Here they are such puritans we have them forever. Tony Abbot (or Tony the traitor as I have renamed him due to his constant attempts to undermine the economy which is doing very well thank you)  so Tony the Traitor is so stitched with celibacy or something that he can't walk properly.
His media image is popeye the sailor man with piranha teeth. I can't see him having a dominatrix or even a mistress because it would involve having some enjoyment with somebody to witness it, something which jacking off in the toilet at the beach or the gym or even in his office, protects him from. Mind you even though he is a failed priest he looks like he does not even masturbate.
So you see Profumo and Osbourne look like humanists in comparison and they dice with death in a country which publicly despises sex while privately they are likely to be just like the rest of us.
I now have a brand spanking new Mac which would not let me proceed until I entered a password, something I had always avoided to save on typing. It also does not display the hard drive. These little things are signifiers of Apples obsession to make us do things their way. I feel inclined to overcome my resistance to windows and pc and get myself off Apple who seem to think that we will continue no matter what they demand of us. This time there are no back up discs whatsoever.
The other Saturday night in Gotham city a small group of guests assembled in the Australian Museum to witness and celebrate the marriage of two lucky people who glowed with the inner beauty of being in the prime of lives well lived.
Unabashed and unashamed of showing their enjoyment in each other and supported by loyal friends these two lovers shone like teenagers who could entertain no darkness.
The groom had abandoned his studio pallor for the smooth as silk urbane look which I suspect will remain for some time to come. This smooth exterior gives shelter to the warmth he has for all he meets and a love for popular music that  google attempts to rival in detailed knowledge whilst failing to match this guy's ability to actually sing the songs. On top on this He almost single-handedly programmes the internet radio DIG and finds physical expression in the role of drummer in a band.
Waiting near the suspended skeleton of a blue whale with two daughters who are just at the beginning of their beauty,  was  this  ex-widower and curry maker - a catch in anyone’s reckoning.
Also waiting was the Minister for the Arts and the usual suspects, relatives friends and such and the other seven of  the rowing crew. These lithe women glowed with a shiny healthiness that made this writer and I am sure many others envious. Later I would notice some of them had really cute bums and could really dance. The bride arrives - vivacious red head in shot green silk. There is much unrestrained whooping from the team.
The eighth rower is one of those sickening people who looks great, smiles easily and genuinely and is an obvious poster girl for disciplined team sport that she has excelled at the  highest level with multiple medals for proof.  We all wondered why this vivacious elegant redhead, with a look reminiscent of the red haired bombshell in Mad Men, had stayed single so long. But being the eldest in a tight knit catholic family with a commitment to team sport in a successful crew my guess is there has not been time. Her sister's speech exposed a relationship that in addition to the above makes it much easier to understand that few men could offer this gal much that would appear worthwhile.
I'll skip the speeches which are best heard live not reported. Every wedding with relatives speaking it has a  Dimboola cringe feel to it. Dimboola was an Australian play in the seventies where the audience were guests at a strine wedding in small town Dimboola. Relatives exposed the inner most secrets in a rib cracking comedy - however most family speakers do not have writers. (I worked on it in London. Barry Humphries (Edna Everidge) came to the Opening Night, as did the Australian cricket team. It’s such a long time ago.ed)
This writer was so noted for his groovey mooveys that  he was introduced to Madonna on the strength of it but now can hardly walk and the groom is due for a hip operation so both of us were saved from the need to dance by his brilliant selection of dancing songs to sing to. There was one exception when the wedding couple took the floor for the first dance in a beautifully choreographed number which exposed a gather fin effect on the bride's green dress.  She led flawlessly, whispering instructions for the next move to her lovesick partner, who Fred Astaired backwards to her Ginger reincarnated.
The dinner dancing took place in in the skeleton  room on the top of the Museum the sort of place where you could have easily seen the Batlights calling the daring duo to action. Alas this evening there were no crimes just voluntary submission to love, hope and expectations.
May they go well in their now wedded life safely beyond the age where children interrupt plans. Their example offering hope to all who may still be waiting for love to strike or needing to replace someone lost or even to those who finally slow down long enough to make room for another in their lives.
I thank them for the dinner and the opportunity to be part of it.
Sent from my iPad, Stephen.
No comments: