February’s moon
Tonight February’s moon
is a concentrated
blazing yellow orb of optimism
the perfect round, rolling through the sky;
exquisite sphinx sphere that bewitches.
I love it. I adore it.
Nothing can trash it, nothing can surpass it,
it is too perfect, too supreme, too utterly majestic.
Never buffeted, never banished, never defeated
it lights the sky with elegance
Tonight it is a ball of gold, so old
gleaming with ancient aristocratic splendour.
I hope the thousands of determined Egyptians see it,
I hope the brave Tunisians are lit by it
I hope the much-put-upon Algerians have noticed
its yellow power shining down
On the streets of  Bahrain, the people need cheering,
as the whole Arab world is getting up at last and kicking ass
and consequently many guilty people are quivering.
The smooth round yellow perfection should help
the innocent in their brave resolve.
It’s sophisticated saffron splendour exalts me.
What more could I need?
It overwhelms me.
I could worship a pregnant ball of light
of promise
of golden opportunity.
Though when I scrutinise its face, it seems truculent and sulky
I take my glasses off and the silky sphere of influence gazes benignly down
again. 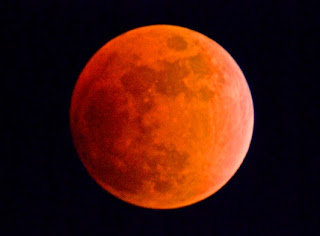 I’m sixteen years old. I live in the suburbs of Paris. The life in Paris is more different than the life in the campaign. In Paris, there is all necessary product near the home. For example, we only need to walk ten minutes to buy fresh bread. Then Paris is in activity all the time. All the time there is somebody outside.
But the life in Paris is more oppressive than the life here (in the country ed)  because everybody are stressed. And more there is more aggressively and violence. Here everybody are smiling and it’s very friendly and in Paris we can’t see the stars because of the pollution
Pierre Albertelli
No comments: 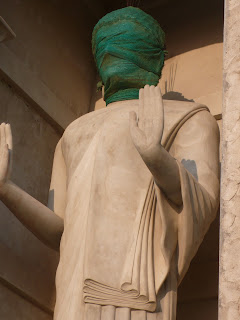 Who is Out There?
A problem with writing from far- away places is one of cliche avoidance. And cliches, being cliches are mostly true. Which is a cliche in itself.
Thailand presents a particular problem. And Phuket even more so. Cliche city.
One and half million elderly Brits waiting out their long and lowly winter pensions in the free love sun. Hot food and hotter women. Lady Boys galore. Terrible that Tsunami. Hire a motorbike, no licences or helmet needed and almost free. Old Western guys avec young Thai things.>
True or false?
Let's get rid of as many of those as is sensible. Of stray Brits, we have seen hardly any. Food, hot yes but, with rare and noted exception, hardly the culinary delights we had promised ourselves. Lady Boys - not seen one. Maybe we go to the wrong places. Tsunami. Not a trace. Recovery is fast out East. Motorbikes, scooters, put-puts, tuk-tuks everywhere. We no hire car. We take hotel car. Hotel driver too - and close eyes tight. Old Boy West meets Young Gal East, right on. Love you long time. It is everywhere.
But here is the big surprise. The totally unexpected. The travel really does broadens the mind cliche experience. The thing we shall never forget. The point that will spring first to mind when asked 'How was it, then?'.
The immense number of New Russians.
Unlike That Damned Elusive Pimpernel they are here, they are there, they are every bloody where. Big ones, (Some) small ones, Fat ones (some). Thin ones. Uber males. Many. Handsome females. Some. Short ones. Small ones. And more. But one helluva lot. All shapes, sexes and sizes.  We had to move poolside in Rawai because our view, no the sun was shadowed,  the sky was darkened, the clouds descended - for in front of us was the widest, broadest, biggest, most tattooed Muscovite  back that the universe has yet to see. Tattooed snakes hissed, crucifixes burned, serpents spat, dragons hurled fire- breath and devils danced all together entwined in a blue grey Medusa of bizarre exposure. As for the bearer, only a contortionist could ever gaze on such a wonder without the  aid of a full length mirror and a supple neck. In this instance not a possibility for the thickest, shortest, broadest and most muscular chest to head connection was similarly decorated leading the aesthetic gaze up a short but mightily squat  tree trunk to a hard-cropped but finally sculpted Mohican cut, the sides of the skull shaved  bare to further display more of the intricate tattooist's  needlework.  Now I am no man to criticize a tattoo. I sport a very discreet gecko high on my left shoulder -  that is another story. However the above- mentioned gent additionally displayed in three- inch high gothic letters,  inside his right forearm, the letters O M E R T A. Students of Francis Ford Coppola movies will get this right away. The Cosa Nostra vow of Silence.
We stowed our Kindle eReaders, sun glasses, creams and oils and left discreetly. And alive.
No. No. No. We are not Anti-Russe. Not at all. They are not all like that. Some of them even smile if lightly. Not a lot but sometimes. One even greeted me with a guttural growl in the late dawn. I truly have nothing against any man or creed and can only conclude that we of the West would be equally dour if we had suffered under the Czars,  revolution, had a fouler than foul WW 1, risked being shot in the  back by your own side if you did not die in the face of the enemy at Stalingrad, Gulags, Mongolia, Stalin, Kruschev, Breznev , Pravda, Politburo, Wodka - add your own  downtrodden  grey, rotten, commie, corrupt descriptor on the dotted line ........
So how glad should all of us ex-Cold War Vets and post- Glasnost folk be, that the late (and increasingly great?) Ronnie Reagan got on so famously with that nice Mr Gorbachov?  But based on local experience it may take a while before these Nouveaux Russe folks learn to relax a little. I am not sure that when The Gipper said, in his folksy way, that  'if everyday Anya and Ivan from Vladivostock could easily, in the  same tongue, converse with everyday Bud and Betty-May from St Louis, the rap would soon turn to “How are the Kids doing at school, nice weather we are having and here are our holiday snaps...”
That's going to take a tad longer. It is, thank goodness, in the pipeline. And maybe we should speak a little Russian ourselves. >
Richard French
Samur Phuket Thailand.
Sent from my iPad
No comments: 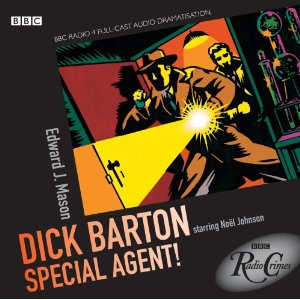 Hello again,
I found myself drawn into a mystery this week, following a trail of startling clues.
"Dick Barton Returns from the Dead" screamed one newspaper, and when I turned on the evening news,  I heard more proof  :  "One of British Radio's great fictional heroes has been found alive and well - and living in Australia".
With that memorable signature, The Devil's Gallop, drumming through my mind, I just had to get on the case and solve it once and for all.
Dick Barton - Special Agent was the BBC's first daily radio serial, broadcasting between 1946 and 1951. At its peak it attracted a whopping audience of 15 million.
Listeners were enthralled by his daredevil escapades - not forgetting the all-important cliff- hanger at the end of the episode. Yet of the original 712 episodes, unfortunately only 3 were retained by the BBC Sound Archive.
Happily, in 1972  (as part of the BBC's Golden Jubilee) the first Dick Barton serial was re-recorded in a new 10-episode version, with many of the original cast taking part: Noel Johnson as Dick Barton, John Mann as Snowey and Alex McCrindle as Jock.
However, in a cracking twist in the plot worthy of the serial itself - deep in the vaults of Australia’s National Film and Sound Archive in Canberra, 338 episodes of Dick Barton adventures have been unearthed.
Although these are not the BBC Light Programme originals - they are episodes which were re-recorded for international distribution 60 years ago, and produced in association with the BBC using the original scripts and music. What a rare find indeed!
Audiogo (previously BBC Audiobooks) are releasing two of these vintage recordings in the spring, and I'll certainly be contacting the Canberra Archives to explore the possibility of a future airing of some of the recovered episodes on Radio 4 Extra.
In the meantime, we’ve dusted Dick down and scheduled the BBC 1972 re-make of Dick Barton - Special Agent.
So listen out in April for the intrepid ex-commando in his very first adventure, ‘The Secret Weapon’.
Throughout the 1950s and 1960s, one of the biggest names in comedy entertainment was Arthur Haynes. He had a regular prime-time Saturday night series on ITV, with sketches written by Johnny Speight and musical guests ranging from Kenny Ball and his Jazzmen to The Rolling Stones.
Nicholas Parsons (pictured) worked in partnership with Arthur, re-inventing the role of the straight man and as Nicholas has said, he was "the straight man who got laughs!"
In a forthcoming BBC 4 series about variety shows, Paul Merton will be talking to Nicholas about his career with Arthur.
Nicholas also worked regularly with Arthur on a highly popular radio series, The Arthur Haynes Show, broadcast from 1962 - 1965. Tragically, in 1966  and at the height of his career, Arthur Haynes died of a heart attack.
Only one of the Arthur Haynes Radio Shows remain in the BBC archive, but luckily, a listener has sent us some cassette copies which were recorded off-air, and we have been able to restore two of them.
Nicholas was delighted to hear this news, and, taking time off from Just a Minute, he came into the Radio 7 studios this week to be interviewed, and regaled us with anecdotes about his 10-year comedy partnership with Arthur.
You can hear Nicholas, anecdotes and all, plus The Arthur Haynes Show, on Radio 7 on March 6th.