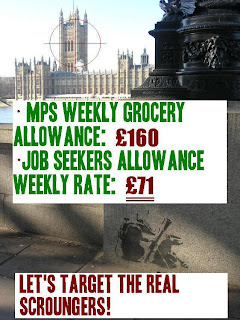 Have you ever had the thing (ok the experience if you wish) of being on a journey
and then the car breaks down or the plane doesn’t come and there you are not
where you thought you would be and suddenly there is time to look around,
hear voices sometimes human sometimes windsong and birdsong and you smell
new or long forgotten things. There is no reason no requirements no errands no
deadline no promises to make or break just the world going on in its own sweet
way whether you notice it whether you like it whether you care about it just is.
Once we were on our way to a caravan in Akaroa on the Banks Peninsula named
after Joseph Banks just in case the Maoris hadn’t noticed it. We had just passed
through Little River a small hamlet at the bottom of the steep hill that was the
side of a volcano which had at its centre Akaroa a perfect natural harbour almost
just waiting for the industrial revolution to make itself useful but like a lover in
times of deep loneliness it never will come.
The old dodge had done its best to carry mum dad and five kids but half way
up that steep hill the big end gave out and dad had to reverse all the way to the
bottom keeping just enough traction to pull into the garage in Little River where
he was told it was going to be a big job. So I got to see Little River and look at the
hills and sit beside that little stream with a pub raspberry and wonder where
the big river was.
Another day another road this time a motorway south of Auckland 4 actors 2
boys and a girl hurtling along then – no power. No hill to take us to a little river
we abandoned our schedule of playing potted Shaw and Shakespeare to two
different high school audiences one in the morning and one in the afternoon. In
the days before mobile phones how we rang the schools or head office I can’t
remember but I do remember lying flat on my back in the grass arms and legs
stretched out looking at the sky and the clouds as the cars swished by on the
motorway. We were off the hook and it felt good.
After a night of being introduced to the delights of bedbugs in a hotel room that
had one wall missing we made our way to Kupang airport. After a very long time
the word came that the plane was not coming today and we should come back
tomorrow. Two Hare Krishna monks from Canada, my English girlfriend and
I and a couple of relaxed Aussie travellers decided there was no way we were
going back to Kupang, the bed bugs and the Police and Army shooting at each
other in the middle of dinner so that we had to lie on the concrete floor till they
stopped. There was a school a little way off and we headed for that. It was
Christmas eve, and the Verhandah with its benches would be a fine setting for
our nativity play.
A wise man appeared a Dutch Catholic priest with the air of an engineer pulled
up in a jeep and invited us all to his house for xmas. For years people had
sent this Priest boxes of this packets of that and as we unpacked the cigars the
chocolate the sausage the beer the biscuits and laid them out on the tablet it
did indeed feel like Xmas. Entertainment was provided by the two Hari Krishna
monks who avoided the end of the table where the meat was like it was the
plague waiting to pounce on their orange clad white patsy bodies.
Now the point to all of this is as Xmas approaches in Sydney peoples big ends
start to give out and as the motors fade the rich people leave town while the
remaining population starts to go troppo. Of course there is the horror of
realising there are presents to be bought or stolen but gradually the warmth
or even the rain wins out. The schools close there is room to park and torpor
settles like the nectar of the gods and we all begin to let go and hit the parks and
beaches in groups eating and drinking more than is good for us and wondering
how quickly the year had gone but thank Christ it had.

Merry Xmas to you all wherever your big end is about to drop you.

Fort my preso I have the Oscar nominated films to trawl through. Hot tips so
far are The Impossible a family thriller about a family swept up in the Xmas
day Tsunami of a few years back. Take your kids or borrow one its very good
for PG. For the hedonist my pick is the sultry On the Road (Jack Kerouac’s
xmas tale) it took me back to days of complete irresponsibility with lots of sex,
great cars, dope and tequila. For the masochist try sitting through Arbitrage
or maybe Argo a feel good flic for the Americans getting something right
occasionally, albeit a little to slickly (thank merciful God for dumb Muslim
Iranians in usual Hollywood style). Argo has a strange ending which makes us
think Jimmy Carter’s attempt to get the rest of the hostages out did not end in
total disaster like we all thought but in fact everybody got home safely. Huh?


Myanmar.
“Do you think” an elderly English woman asked our guide, “that they will ever change Yangon back to Rangoon?”
“Madam” said our guide, coolly, “The ordinary people have ALWAYS called it Yangon”.
Kipling’s poem, turned into the well known song, The Road to Mandalay, echoes through my head constantly since our foray into that magical country.  I cooked  a Myanman dinner the other night and Kate’s partner, Michael Lawrence, recited the entire poem in the perfect Cockney in which it was written. For those who don’t know it, it is the lament of a Cockney soldier for the beautiful Burmese girl with whom he fell in love and for the ambience of the country.
Er petticoat was yaller an ‘er little cap was green,
An ‘er name was Supi-yaw-lat  jes’ the same as  Theebaw’s queen,
An I seed her first a-smokin’ of a wackin’ white cheroot,
An a wastin’ Christian kisses on an ‘eathen idol’s foot:
Bloomin’ idol made o’ mud –
Wot they called the great god Buddh—
Plucky lot she cared for idols when I kissed ‘er where she stud,
On the road to Mandalay.
Where the flyin’ fishes play ……………etc.
Just one of the many verses which encompasses many memories.