Contents
Editorial: Joselyn Morton
Playing in Paddington: Richard French
Halloween in Ireland: Daren Blake
Cover Caption: Joselyn Morton
Am brazenly going to use my blog to try and convince people that end ecocide in Europe is an extremely important campaign. (www.endecocide.eu) I am already feeling very shredded that my persuasive personality has not got many of my competent, highly motivated and environmentally-aware friends already openly campaigning for it. Hopefully the fact that the GREENPEACE International Executive Director of Kumi Naidoo is on board will make many more people want to sign. He has written a very strong statement of support.
Do go on the end ecocide website and check out his statement and that of another new supporter, Elise Benjamin – her photo and statement are now up as well.
So many people across the world gave support for the Arctic 30 people imprisoned is Russia after demonstrating against oil drilling in the Arctic.
Oil drilling that causes massive destruction, is one of the actions that end ecocide is trying to stop (amongst many other, air pollution, pollution of the oceans and rivers, mountain top mining are a few that come to mind.) So if you support freeing the Artic 30, then obviously you support the end ecocide campaign. The reason I am badgering and banging on about this is because the European Commission deadline for the 1 million signatures is 21 January 2014.
On a lighter note, I read today in Paris Match that Alexandra Lamy and Jean Dujardin (He won an Oscar for The Artist) are separating. I am really sad about that, I have loved them since I first watched their Un Gars, Une Fille. Evidently Alexandra is living in Stoke Newington, so their daughter can study in English. Anyway, I wish them well because they are great to watch on screen.
I also read the other day that the POPE said NOPE to fracking and mega-mining (I think it was the Independent). I am totally blown away by that, I never thought he would make such a provocative Green statement. It is excellent and I am very impressed, what an unexpected and powerful ally.
Ages ago the Observer wrote (11.August in fact) that the wealth of the thousand super-rich in the Sunday Times rich list has gone up by 190bn in the past 4 years. That is a big increase. We are a lot poorer than we were 4 years ago. Why is it so difficult for the rest of us? Just stupid, I guess. Besides who can actually spend all those billions? Of course it is great that the rich folk give to Charities but nonetheless, the problem of a ‘living wage’ still has to be addressed. Being poor is very depressing and I believe many people are depressed in Europe.
I also read somewhere that 2 French farmers a week commit suicide. That doesn’t seem possible. They work so hard around here; frequently until midnight. Sadly, a lot of it is misguided (maize etc.). Also I imagine they spend a fortune on pesticides, huge machinery and transport. Organic is obviously known about, but doesn’t seem to be very widespread.
It is a complex, madly interesting world. Keep on turning, I say. Bonne soiree, Joselyn 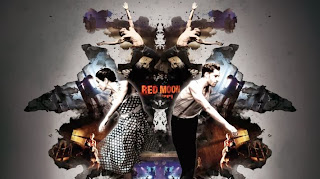 Playing in Paddington
Occasionally (and really only occasionally) I have a theatre or cinema experience that is so very extraordinary that I feel I just have to tell people, yell it from the rooftops  ..... Such a night was a cold, wet and damp Wednesday evening last week. This happened, of all places, in Paddington, the excitement heightened by the District and Circle Line being down. A 'trespasser on the track' the announcement said. Huh? This resulted in the toxic chaos of all passengers on the Bakerloo, Northern, Central and Victoria lines being re-routed through Oxford Circus. Another story. But good stuff for being put in the right mood for what was to follow.
Back to the theatre- or should I say a four storey derelict and deserted, turn-of-last-century, disused Post Office sorting depot alongside Paddington station. This venue, heavily sold out, has been attracting Londoners of all - I was going to say ages, shapes, sizes, ethnicity and gender - but difficult to know because everything here happens in near total darkness. Furthermore the audience as such is admitted a dozen or so at a time at 15 minute intervals, and skilfully divided so that friends and companions, who are heavily and identically face masked as a condition of entry, are never seen again - or at least for the duration of the evening. Got it so far? Neither did we. Or me, for I am now alone. Discombobulated. Lost. Out of my comfort zone.
That of course was the objective. A radical theatre group appropriately named Punchdrunk has adapted Woyzeck a Buchner play originally written in German, unfinished at the writer’s death in 1837 and not performed until 1913, and turned a happy story of rape, moral decline, murder and suicide into a dark and lavish  production to be re-enacted piece-meal in a 1960's LA film studio. Or studios. And make up rooms. And casting departments. And seedy motel rooms. And in a 1957 Studebaker Champion. And a diner. And sound studios. And so on. And on. (evidently it is now called The Drowned Man and is inspired by Buchner’s Woyzeck
Remember the dark and the masks. Now add low spooky electronic music. Wafting smoke. Strange smells. And the play being acted in non-connected sets, pop-up vignettes all around in different rooms and in no particular sequential order. Unconsciously one becomes an intruder, a voyeur, a cast member ... a passer-by ...
Enough already. Forget not that you are alone and with no-one you came in with. And unless you had really, really done your homework, no idea if whom was doing what to whom and why.
Still with me? Stay, for help is at hand, but only if you are lucky enough to stumble upon it. Studio 3 is 'filming' a movie with a bar scene in it. And we are the extras. And the booze is real. And it is just like Hollywood. White telephones. A torch singer. A front of house guy with gleaming white teeth and tuxedo. Now all senses are gone. You have been wandering around, alone, masked, in semi-darkness, on four different floors, for three hours (yes) murder and mayhem, song  and dance all around and now you are getting gloriously whisky and rye drunk in a night club to the sound of tenor saxophones and muted trumpets. And if you are lucky you have found at least one of your original party. Drinks are not on the house but what the heck?
Eventually all of this is, but oh-so-cleverly, wrapped, wound up, ‘time called’ at the bar and the whole mass of cast and audience morphed into a finale of death and destruction  which maybe explains everything. But then maybe not. Finally there happens an all cast extravaganza of sequins and pearls, top hat and tails, high kicking and gyrating craziness before we are hurled into the London night - dazed, jolted, confused, exhilarated - and only £40 lighter for the whole experience.
That's value for money. That's entertainment. Paddington style.
Richard French
No comments:


Witness the mess
Dust swirls under the chaise
longue, lies thick on my desk,
swallows make a nest with
fallen hairs from my head.
Resilient, resourceful parents,
attentive, tough; a new
fly-high baby swoops
through our sitting room,
hangs from a photo of Derek Jarman,
gazes at Debbie Harry’s creamy
golden seamless beauty.
Fearless, it will soon fly
to South Africa, witness
the mess for itself, take
French joie de vivre  to
lessen the load, replace
violence with soaring
speechless harmony.
Each year I high-five
their arrival; mourn their departure. 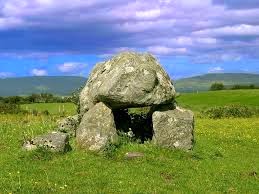