10 March, 2013
Contents
South Africa: Richard French
Pokhara, Nepal: Mel& Mal Phillips
Man Ray: Richard French
Eating Pomegranates: JD Morton
Cartoon: Claudia Ward
Bee deaths: Graham White
Cover: Roger Morton
Editorial: 10 March 2013
We’ve been having crazy weather – yesterday it was 19˚, yet evidently it may snow tomorrow. I somehow missed my moment and haven’t yet planted the camellia or the tray of daisies or the primula outside, in the ground. Hopefully I can keep them alive till the next warm spell. I’ve watched a lot of rugby this weekend and I’d like to formally state that players who deliberately cause penalties against the opposing team should be sent to the sin bin after a rough raking-down by the ref. I am sick of fucking penalties. They slow down the game and give the ref too much power. Conversely, it would be good to see a try getting scored from time to time – they have been practically bred out of the game. In fact, they are getting as rare as the tits on a bull (as my down-under mates would say.) The injuries however are getting as lurid and frequent as a Tarantino movie. Does your house have a man-drawer? Well Django is a man-film. I know American continuity girls think ‘matching is for sissies’ well wonderful brilliant Tarantino thinks ‘history is for sissies’ For example the Klu Klux Klan began in 1865. Django is set in 1858. (I think it said so in 20ft high red letters across the screen.) My gun source tells me those body pulping weapons did not exist in 1858 and this is nit-picking I know but when the Scots, the Irish, the Dalmatians, the Chinese and so on – those early settler, gold rush guys, dropped anchor in Oz and NZ – they were not given an ockker accent on arrival. That took time to acquire. Can’t be too specific on when they actually got all nasalised but I think it is unlikely they would have been quite so Waltzy-Matilda by 1858. Also curious as to why Tarantino (who had Brando-bulked for the role) deprived a needy actor of that Crocodile Dundee role and collared it for himself. No doubt it was a nod to Hitchcock. Thing is, I’d go see Samuel L Jackson, Jamie Foxx ,Christoph Waltz and Leonardo di Caprio open a letter – so I can’t complain. They were fulsome in abundance served with all that easy-over blood. What’s the verdict on aversion therapy? You don’t have to be a butcher to like this film – but it might help. Curiously my vegetarian friends Judith and Jim liked it a lot. Style over content. It was very styly.  On a similar note, at a vide grenier, I finally scored a handsome fake leopard skin coat. I’ve been hankering after one more than half my life. So this predicted cold snap holds no fears for me. Bring it on, then I get to flash the fur. Besides it must only be another 2 weeks before the clocks change and we play table tennis in the early evening again. Besides which I am still basking in the success of masterminding Roger’s 48-hour birthday. Our out-of-town guests (no that’s wrong) our non-rural friends arrived right on time – no dramas. Very pleasant.
So March is looking like being interesting, especially as the grandson (whose birthday it is today) got accepted for KAUST (King Abdullah University for Science and Technology) to do his Masters in cell biology. What an adventure. Jeddah no less.
Joselyn Morton 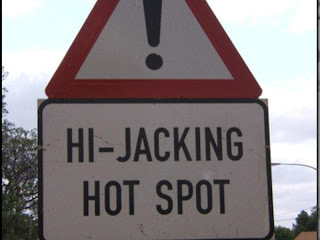 Dear Jos,
Some reflections on my latest and 14th post-Mandela visit to South Africa.
I think the country is fundamentally buggered.
Local whites seem to have gone through varying phases of thought process under changing  Presidential rule;
Mandela: Elation
Mbeki. Confusion
Pre Zuma: Concern
Under Zuma: Given up
The general (white) consensus acknowledged that corruption is rampant... we had our day ... the sun shines ... the situation is irreversible ... but will see us out ... let's play ..
There is some hope that newly appointed and filthy rich Vice President Cyril Ramaphosa might bring change. Unlikely from an ex-union leader turned platinum mine owner whose new empire also includes Cocoa-Cola and McDonalds SA plus TV and telecommunication companies.
Here is a brief list of things that simply no longer work as they should in South Africa:
The police
The law
Agriculture
Education
Health
Social welfare
All fundamental cornerstones of a modern democracy.
And here are more to watch: energy, the mines, the army (a newly promoted lady colonel shops in full uniform in down-town Pretoria shod in pink fluffy slippers), the media  ((there has been a forced sale of the Cape Times into politically empowered hands)


Black Empowerment is a constitutionally enshrined law that forces major shares of big business into formerly politically deprived hands. The intention is the spread of wealth. The reality is the limitation of huge wealth to the new politically empowered few.
Rape is not only financial. South Africa's shocking levels exceed those of India.
The ANC is supported by the impoverished masses because it (and they) are black. White nationalists left this divisive legacy. Simple as that.
The net result is that the whites seem to appear to have given up everything but the good life. So while it lasts- enjoy - for tomorrow we die.
There is an extraordinary restaurant in Cape Town right at the old snorkel fisherman's ramp on the Waterfront  shoreline. Tons and tons of imported white sand. Six-foot blonde models toy with sparkling glasses of local bubbly. The place rocks 24/7. Chandeliers and plush scarlet sofas abound. The bar in an old asbestos fish packing shed is faux marble and 50 metres long. It is, rather curiously, the only eating and drinking place in Cape Town where the South Atlantic laps within a few (mostly bare) feet of a seafood laden table.
All with its back to Table Mountain.
The last laager at the very tip of Africa.
Pink togas and violins next.
Last orders please..
Richard French
No comments: 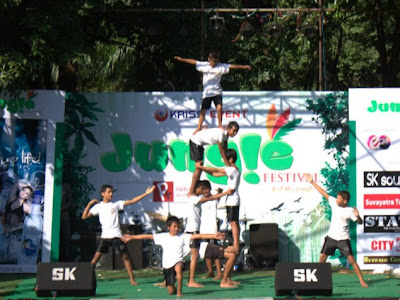 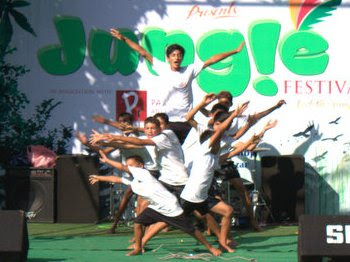 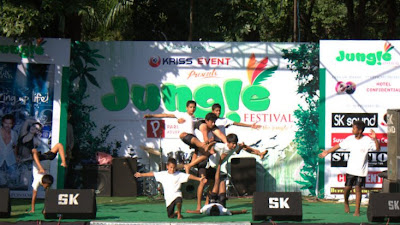 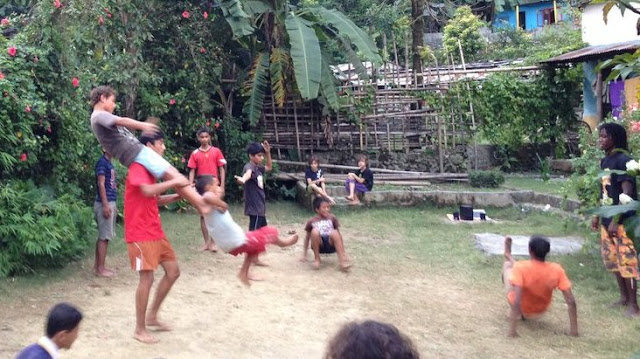 Thanks everyone for your words of support for the boys and their team of aspiring acrobats. They performed for a local festival and received a standing ovation... quite rare, but not surprising given the usual festival programmes.
These kids are dynamic, passionate and determined to make a better future for themselves. We are privileged to be involved and are now planning a project to bring artists and students together... watch this space!
Their coach Victor Bongo from Kenya has gone but the team continue to meet each week for training and brain storming next projects. We continue to support their dreams and aspirations for a life outside strict, stressful academic study and will be searching for tutors who can share new skills, give hope and any available opportunities for these talented beautiful kids. Thanks Victor for changing their perspectives and inevitably, their lives!
Malcolm and Melinda Phillips 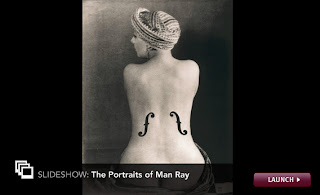 Man Ray
The expo pulling in the punter cognoscenti in London - if blessedly not the blockbuster numbers - is the Man Ray portrait hanging, appropriately at the NPG until sometime in May.   Under-promoted, without an obligatory walk-through of a shop filled with Man Ray reproduction paperweights, note books, and junk branded garbage, this is a show like it used to be. For a start no advance booking is necessary, no queue winds out of the door and around the block - no frocked hausfraus up from the suburbs for a girls lunch and a little culture - just fifty or so (that's a guess) photographs simply and identically framed that one can actually get to see. Here it is possible to linger, to gaze, to peer - no shuffle of a pressing crowd, no peeping from behind massed shoulders - just the pleasure of a quiet meander past some ground-breaking work.
Eat your heart out, over-sold, over-crowded RA and Hockney, Tate and pre Raphaelites ....
Already thirty-one years old Emmanuel Radinsky left Brooklyn for Paris in 1921 and became Manny then Man Ray ( Radinsky was dropped by the entire Ray family as a wave of ant-semitism hit the US in 1912), Impressed by Duchamp and the Armoury shoe in 1913, a lively minded ex-art student was searching for fame, if not fortune. He aspired to be a painter and in this primary objective he failed. But as a snapper how gloriously he succeeded. And boy did he meet the right people at the right time.
Timing is everything. One reason why this small and under-sung show is so great.
These are such simple and real pictures which appear to be rather oldfashioned but at the same time wildly contemporary. Here there is a contact sheet which predates the introduction of 35mm. No sprocket holes, Man Ray's simple framing overlaid in thin ink. Another posed montage of surrealists, young, clean-cut, bright eyed, each identified by a small neat notation below: Dali, Magritte, Picasso, Derain, Duchamp, Breton, Braque, Tanguy, Miro, Arp et al ... a full set ... No candid Picture taker, Man Ray. No stark images. No shock. Here we know that the subjects know they are being photographed. Yet neither do they seem to pose. Just soft enquiring light, gently probing.
Man Ray's picture of Lilly Allen lying horizontal with an upright African mask is staggering for its simplicity. It was shot for Vogue in 1926 nearly one hundred years ago. A distant time for something that could grace any Conde-Nast spread today.
There are some classics here. Gertrude Stein and Alice Toklas in their celebrated Salon in the Rue de Fleurus. The print is tiny. Barely the size of a postcard - yet it is an absolute icon - the spirit of Paris of the time so perfectly summarised. And none better than a simple and youthful Hemingway, already moustachioed, virginal, bright-eyed, yet spoiling for the intellectual and physical fight.
There are some later and more obvious characters here, inevitably Coco Chanel, a Wallace Simpson and staggeringly beautiful young Ava Gardner. But it is the early Paris work, the pictures of those developing and parading their talent as Man Ray developed his, that are so very emotive. Woody Allen projected the 'Paris in the Twenties' art and literary world theme with such great elegance in last years 'Midnight in Paris'. Man Ray was there. He goes one better.
He did it for real.
If in London before May 27 ... Go see.
Richard French 😃
sent from my iPad -
No comments: