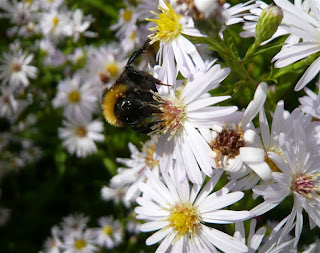 Hello again
Any of you who have ever queued up to join the audience for the recording of a radio broadcast at London's BBC Radio Theatre, will surely have experienced an often miserable hour or so in wet and windy weather, with the queue snaking in a long line outside Broadcasting House, umbrellas aloft, prior to being ushered into the warmth of the building and the welcome atmosphere to watch a radio recording.
However, these long miserable queues, are, I'm pleased to say, no more, as with the opening up of the elegant and ultra-smart new Broadcasting House extension, audiences are now ushered in to enjoy a public space, where the audiences can enjoy such facilities as the Media Café, whilst waiting to go and see Just A Minute, The Now Show, The News Quiz, or Newsjack, amongst other radio recordings.
It really is an impressive building and is truly a creative hub of broadcasting, where, for the first time in history, a whole raft of the BBC's network and global services in television, radio and online will be brought together in the iconic BBC building - Broadcasting House.
It's a great addition to the BBC's portfolio of broadcasting centres across the UK.
Recently, the Radio 4 Extra staff had the experience of being ushered in from the ‘new wing’ to the Radio Theatre for the Audio and Music Awards. We were all delighted to be one of the nominations for ‘Team of theYear’, and waited with bated breaths for the winner to be announced
It was - The BBC at the Edinburgh Festival Fringe Team.
And I have to say, I did not feel that we had lost out, as the team which ran the Edinburgh Festival did a magnificent job, creating a new venue there and bringing a wonderful range of programmes to listeners and viewers. My congratulations to their team.
Mary Kalemkerian Head of Programmes, BBC Radio4 Extra

Photo: Roger Morton
Floor mosaic of Churchill fighting Nazis at National Gallery, London taken on the hoof with hundreds of people milling about.
No comments:


Contents: 31 March 2012
Photos: Roger Morton
Naked: Joselyn Morton
Bees Mike McCartney, The Independent
PPT: Graham White
BBC Radio4 Extra: Mary Kalemkerian
Saturday 31 March
This is a busy time of year. Also a traumatic and tense one. Barack Obama was quoted as saying that if he had a son he would look likeTrayvon, the 17 year old boy who was shot dead by a Neighbourhood watch guy in Florida (or maybe he was just a ‘hood’).  In view of the approaching Presidential elections I think it was very brave of Obama to align himself with the dead black boy.
In the UK, George Galloway has fucked up everyone’s plans by winning the Bradford West byelection from a safe Labour seat, with a huge majority for his Respect Party. Fucking brilliant I think and I hope it will inspire disenchanted people all over the globe to find a worthy, intelligent, uncorrupted candidate who cares about poor unemployed scared and worried people – and vote them in.
All you Apple users – Apple is abusing its Chinese workers. Too many have already committed suicide. They have to work long hours, standing up, their feet swell; it sounds gross.
Also in the UK, Polly Higgins is informing people about her excellent project Ecocide. She has already spent valuable time travelling the globe in order to attract support for the premise and to legally make it a crime to misuse or damage the Earth. Our son Matt Morton (Oxford East Green Party Councillor) totally supports making Ecocide a crime.
In Toulouse, French citizens (including children) were shot dead by a 23 year old French citizen. In amongst the terrible grief for such an awful waste of life (including the shooter as he was shot dead by French police) there are many unanswered questions.
“Where did he get all his guns?” “Why was he so full of hatred?” “Did he plan these killings by himself?”
Another disturbing piece of news from China is that young healthy dissidents are being executed and ailing Chinese from America, Singapore and Malaysia are flying in to acquire the healthy organs of the dead young prisoners. Sick, huh! (I did not make this up – it was on the BBC World News.)
Evidently another Iranian scientist was killed this week. Does anyone care? I do. We know some really nice Iranians. George Galloway spoke against war and occupation abroad and inequality at home. I would agree. This war and occupation and killing of other countries’ scientists has to stop.
From the midst of rural France it all seems so improbable. Especially as we have had days of continuous sunshine beaming from bright blue skies. However today when I asked our local alimentation what days they were open over Easter, she replied “every morning but maybe later, depending on la neige”. Yes the snow! Today it is 23 degrees but in 4 days time they are expecting snow – buggery bollocks, what is going on?
As a consequence, tomorrow we are going to go to our nearest big chateau (we’ve got one in spitting distance across the filed and our village with the alimentation flaunts one, but they are not big). So we’ve decided (after all its 30 years since we bought our place) to do the guided tour in the sunshine as opposed to the snow. The chateaux has opened its doors to the public for the religious observance of Rameaux. We are rather waffly about Rameaux (ie totally ignorant) but looking forward to dropping tools and hanging about doing nothing for once.
Yesterday I got through a task that I should have taken care of last August – cleaning up piss and shit from hundreds of hornets that had build a nest in our attic. Once the darling brave man (not Roger) had killed them all the day after our tiny vulnerable grandchildren had arrived for their summer hols, I shut the attic door and got on with the other tasks that had elbowed their way to the top of my mental (in the true sense of the word) list.
So enjoy the sun but don’t pack away your snowsuit yet. Joselyn Morton
No comments: 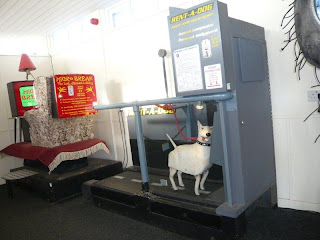 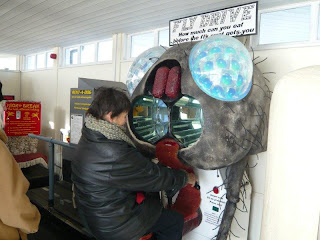 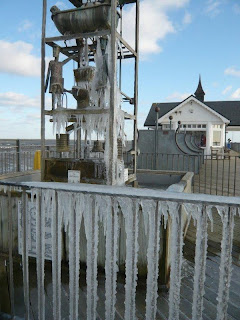 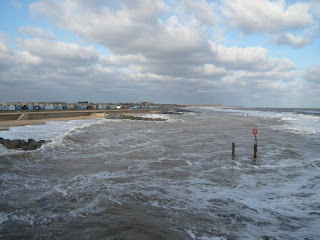 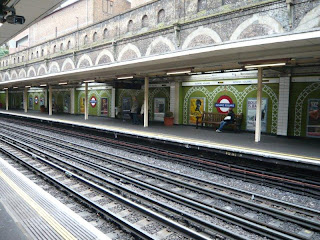 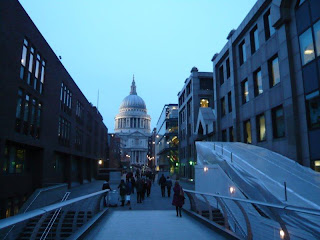 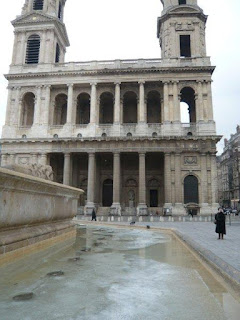 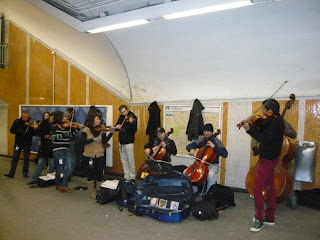 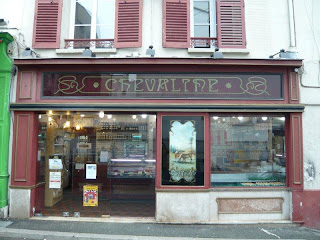 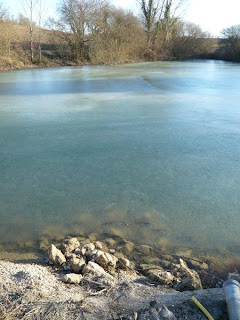 We once again visited Suffolk and the pier at Southwold where we saw the crazy slot machines that Tim Hunkin had invented for his amusement arcade on the pier. Outside the cold wind howled and took the skin off your lips. A sculpture was encased in ice and the waves looked menacing.
Back in London, Sloane Square underground (our local, as we played ‘Sloanies on loan’) was strangely empty. Paris metro had more violin players than your wildest dream. Chez nous, the pond was frozen solid. ed
No comments:

Water
My window cries with rain
the drapes are drenched through
I look into the distance
the grey clouds are clenched
squeezing the drizzle out.
I need water and air
basic elements of life
I wouldn’t want to choose
between them. I take a
sip of cold fresh water
to clear my pounding head
I tip a jug of thick
stock into my duck soup
I buy a calendar
from the local firemen
who depend on water
to douse the raging fires.
A dancer bathes aching
ambitious bruised feet;
a daughter soothes her mother’s
head with a cooling cloth.
When my waters broke I
wondered what would happen
next (thank god I didn’t
know or I’d have bailed
before the sweaty birth).
A toddler drowns in a pool
life is much too cruel.
I read about Chinese
water torture, pleasure
separated by a
Guatanemo Bay of
imprisoned mindless pain
At the bottom of an
island near the South Pole
a friend swims the icy
empty sea every day.
One woman’s pleasure is
another’s deep dismay.
A hairdresser caresses
a client’s tresses with
refreshing, scented water.
A farmer looks at his
dried-up earth with horror
drought or flood and no word
for the stage in between.
I swim to my heart’s content
wallowing in the waves
A dog laps lustily
from its bowl, water
dripping from saggy jowls.
Some folk have ninety nine
per cent of the world’s wealth
my body is seventy per
cent water. Roughly,
is water wealth? I’m no
Einstein, I’m a lousy
mathematician.
Some people can’t live without
a cup of tea. I know
we need to pee and sweat
to breathe, dream the dream.
Drown or drink it is a
razor blade difference
we need more than water
to live in this desert
of man’s good intentions.
Joselyn Duffy Morton©
No comments: