18 September, 2012
This is my birthday month, so I always expect miracles to happen, while I pretend the summer is not ending and the autumn is not approaching. In fact, until I emailed a friend yesterday how much I was loving the warm weather, it was perfect. By contrast, today is dull and grey, which is fine as 2 ebooks have arrived for me to edit – so now I can knuckle down and not feel I am being deprived of a gorgeous summer day.(I wasn’t being totally idle under the blue sky sunshine, I was cutting and weeding the irises, which were almost completely hidden by pis en lit and brambles. A task I should have done at the beginning of July.)
We have, however had lots of friends and family visit during those weeks. I just went with the flow. No big social occasions here, just treading water until Roger sees the lung specialist on 24th. Nonetheless, we have been taken out for various meals. These days I am so happy not to be shopping or cooking, my critical facilities have all but shut right down. However the young friends from Ireland who took us to hotel Perigord in Verteillac, said they cooked up a feed when they got home, they were so hungry.
The helpings were tiny. Also there is something lacking with the ambiance in the dining room. There is no vitality, the guests are too staid, too reserved. You feel they always stand on the sidelines. I know we didn’t go there to eat the guests but still, if there is a negative charge in abundance, then the food struggles to dazzle. Mine, I remember was beautifully arranged. My entrée had a finely threaded magret and rocket leaves crown and something charming in the centre. I’ve forgotten what. Maybe the chef should have been a costume designer. (The one on Game of Thrones is very innovative. I really like a lot of that clobber.)
I think from now on I am going to resist an invitation to a moules et frites meal. If there are two kinds of food in the world that don’t commute, it is moules and frites. Mind you, if you had seen me gobbling mine down, you would never have guessed I didn’t care for them. It was well after 11pm when they finally appeared on the table. I was so hungry I would have eaten dead bank robbers boiled in their own broth. (Yes I am probably being influenced by Breaking Bad. Roger and I have watched a lot of television lately.)
On Sunday, we were lunched in fine style at our friend’s birthday lunch at the Hotel Perigord in Aubeterre. I loved the waiters. I guess I’m just ready to be spoiled. The food was once again beautifully arranged but I don’t think anyone had tasted it at any stage of the cooking. The melon guacamole nearly worked because of the fresh mint, but really it was bland beyond belief. The salmon mousse could have been any mousse, the flavour was so subtle. The potatoes in the plat de jour were tired and tasteless and the boeuf should have been less and a better quality. I perked up at the ice cream but not enough to understand all the Dutch that was being spoken. My language skills leave a lot to be desired.
I’ve heard two alarming news items about British children today. Firstly, they are arriving at their schools in their hundreds, hungry. That is shameful. Secondly double the number of women have been imprisoned in the UK, than previously. This means thousands of children are separated from their mothers. Not good. All that claptrap about ‘how important family life is’. Also there are more women in prisons in the UK than anywhere else in Europe. Why? What’s going on?
This is one way to create a new generation of ‘motherless children’. Even if this situation only lasts for a short time, it can cause anti-social behaviour or mental problems
Who is running the prisons? Is it another Private profit-driven enterprise? Then they will be like theatres and cinemas – they will want people to come. But that’s not what society wants with prisons. Supposedly, they want to reform their prisoners, so they don’t reoffend and return to prison. Evidently it costs £56,415 a year, per prisoner in prison. Even I can see the possibility of profit in that figure! ‘Prisons are not for Profit' campaign started in 2009. It believes that private prisons tend to operate with lower staffing levels in order to maximise profit and that this inevitably leads to less security in prisons. There are currently 137 prisons in England and Wales; 126 of these are run by the public sector through Her Majesty's Prison Service and 11 are operated by private sector partners. OK, so it is not yet a major problem.
Hungry children are, however, a major problem.
I realise we need prisons. I read with horror, the accounts of the family gunned down in their car in Annecy and the French cyclist who was killed alongside them. Who could shoot young children? The killing continues in Syria and now the World of Islam has been upset by an American film, anything could happen. Religion is such a powerful force. If the American Christian (Mormon, no less) Republicans win the next election, I fear the fanaticism which could result. Atheists and moderates could well be caught in the cross-fire of the ‘My God is better than yours’ mentality.
The West used to condemn China and USSR for forbidding religion. Quite frankly, with everybody all steamed up, it seems like a bloody good idea. But then there’s drugs and alcohol, nicotine…. Still that would leave sex and rock and roll. It’s possible - but probably not feasible.So good luck with everything. JoselynMorton
No comments:

A selection of images and text: Mitchell Jack Love Morton
Travelling through the state of Karnataka in SW India (the Arabian Sea is on the W, Goa is NW and Kerala is SW). The State has the pop of the UK and is very much part of the present economic and technological development in India. ed 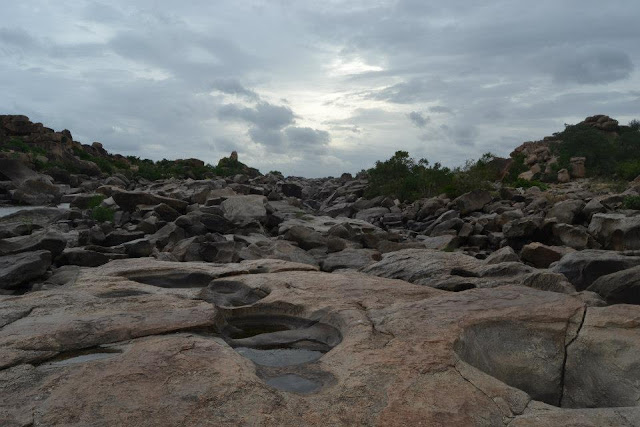 The river normally covers all this by a few metres in the height of the monsoon –  but it was weak this year. 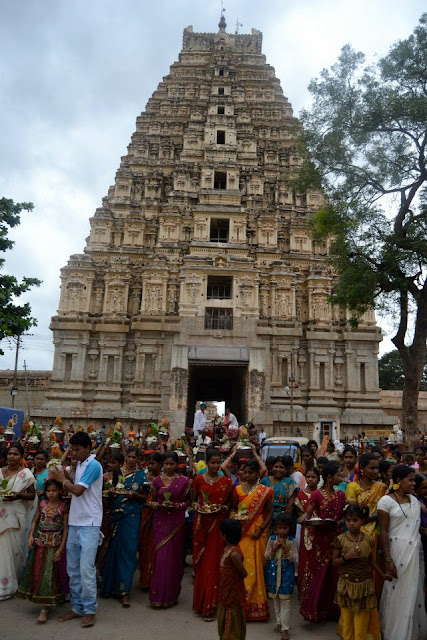 In order to clean up a world heritage site, the Government is in the middle of destroying most of Hampi village which is built on top of 500 old temples. Hard times for villagers who are losing their businesses and homes. 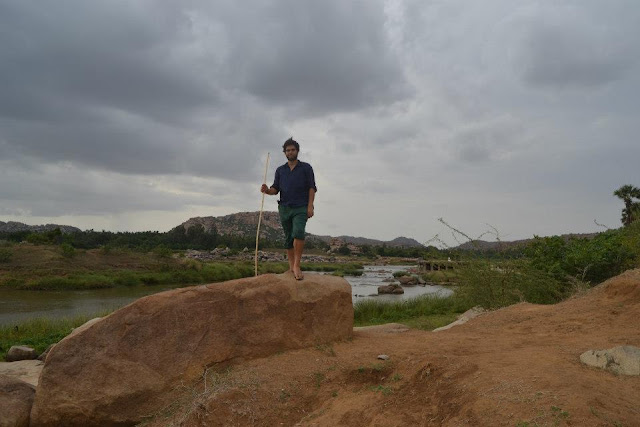 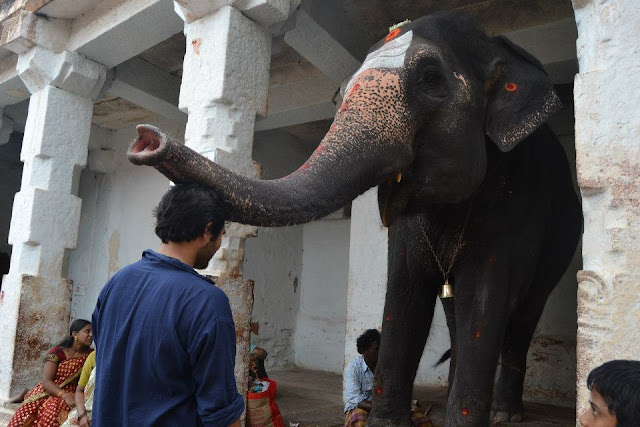 Best elephant ever – you give it money, it hands it to the trainer in the back, then blesses you by touching you with its trunk. If you give it coins, it’ll brush you quickly. If you give it notes, it rests its trunk on you for a bit! 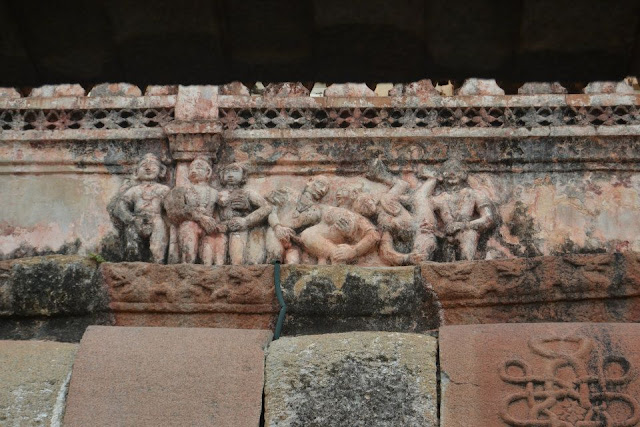 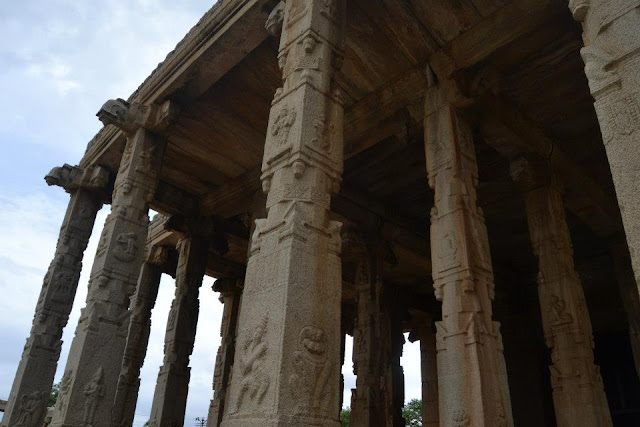 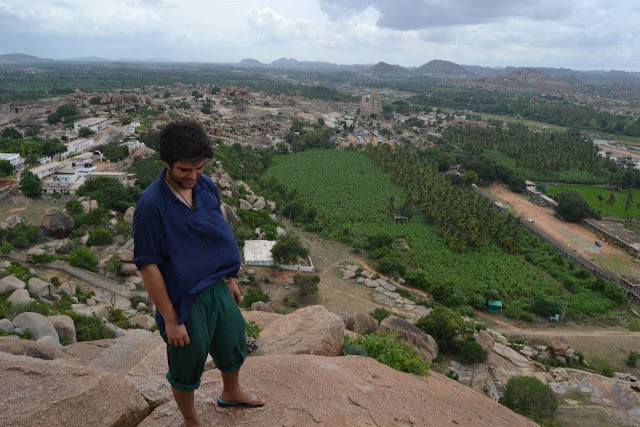